The Zen symbol is associated with Zen Buddhism and Japanese calligraphy. It means the moment when the mind is completely freed from thoughts and ideas, allowing the true essence of a person to create.

This image is one of the few that history has recorded. In 1707, the monk Hakuin saw the skill of the village calligrapher Zen, which amazed him to the point that he burned his brushes, believing his painting to be a non-reflective inner essence.

The most attractive Zen pattern among masters is considered enso (zen circle). It is a symbol of integrity, completeness, the cyclical nature of being. It is a graphic representation of the content of the Heart Sutra.

Such a wearable image can be in the form of a closed or open circle. In the first case, the circle is a symbol of continuous karmic rebirths, and the space in it is a sign of liberation and enlightenment. The second option indicates something whiter, majestic, inseparable from the outside world.
Such an image on the body symbolizes:

Both women and men decorate the body with such a tattoo. Most often applied to the back, side, shoulder, arm, chest.

Photo of Zen tattoo on body

Photo of Daddy Zen on his hands 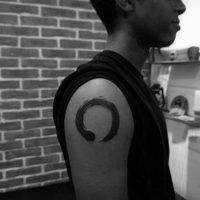 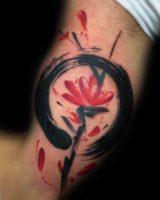 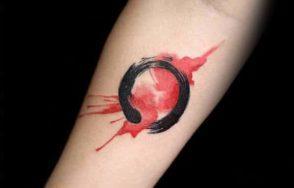 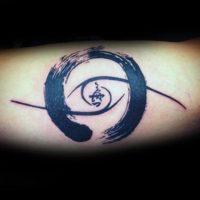 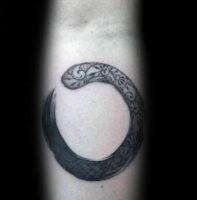 More on the topic:  The meaning of the tattoo hare, rabbit 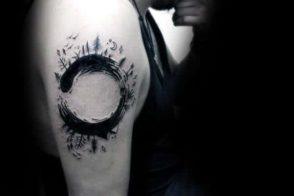 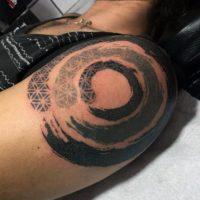 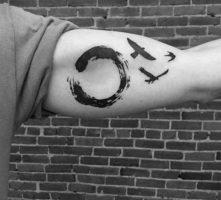