The tree of life tattoo is not just a beautiful drawing, it is a kind of amulet that has a deep meaning, which not every person can understand and understand.

But even if you decide to depict such a beautiful picture on your body and do not plan to spend time studying its secret meaning, you can safely go to a tattoo parlor.

After all, no matter what type of tree you have chosen, in what interpretation you plan to depict on the body, the symbolism of the image will indicate the desire for constant development and dynamic growth, the cyclical nature of the periods of life and their renewal.

As you can see, the meaning of the tree of life tattoo has no negative and negative connotations a priori. Indeed, at different times in different cultures, the tree is considered a symbol of the support of the Universe, a link between earth and sky, fertility and immortality.

This is probably why many peoples in epics depicted trees in a living form - they communicate with each other, move, breathe and have different magical abilities.

What type of tattoo is the tree of life?

The tree of life tattoo is usually attributed to the archetype of different cultures of the world, relying on sources of knowledge from different spheres: religion, mythology and philosophy. And this applies not only to the tree of knowledge. If you carefully examine the photo in our gallery, it is impossible not to notice that each picture carries a certain positive energy, symbolizing the development and connection of humanity, all living things on earth with God.

The tree of life tattoo (which can be perfectly seen in the photo), made in different techniques, still has something in common that unites all the images: a well-developed root system and crown. Thus, you are convinced of the idea that a strong foundation is needed for growth.

More on the topic:  Tattoo with the name Egor

If the plant is not nourished with good deeds, then there can be no talk of any development of its crown. In other words, the tree of life tattoo has a deep meaning - the owners of such a symbol must constantly develop, improve, work. These are the sources of the universe. This is probably why the tree is often depicted in the center of the circle.

The tree of life can even be depicted as a space object, the roots of which symbolize the afterlife. The mortal world is depicted as a crown, the branches of which connect different worlds in the entire Universe.

The choice of a particular tree is preferable for people of different ages and genders: girls are impressed by the birch symbolizing innocence, tenderness and femininity, men - oak and beech, symbolizing the strength of the spirit and its power, endurance of character.

Photo of the tree of life tattoo on the body

Photo of the tree of life tattoo on the arm 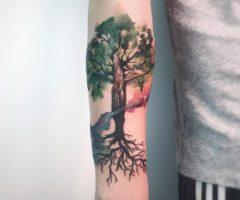 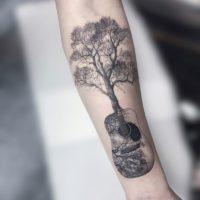 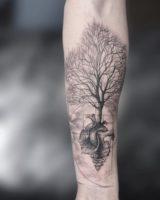 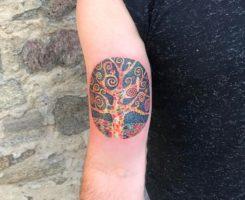 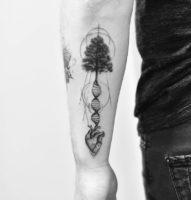 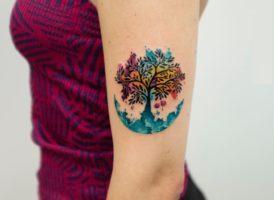 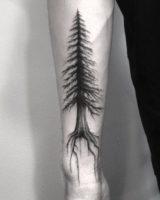 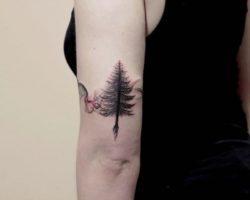 Photo of the tree of life tattoo on the leg 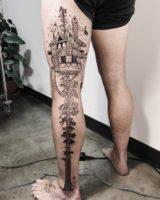 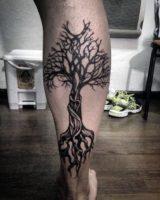 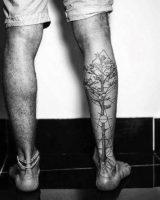 More on the topic:  Photos tattoo inscriptions on the belly of girls 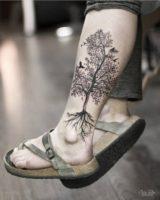 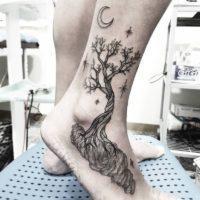 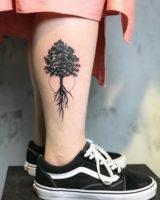