Can a tattoo attract good luck and wealth? “Hard work and hard work are what attracts wealth,” the pragmatic realists will answer. Psychologists are ready to object to them.

Romantic dreamers, applying a diamond tattoo on their skin, may thereby increase their financial position. It's all about self-belief!

Indeed, the meaning of tattoos in most cases is explained only by the thoughts of their owner. They able to change a person's lifeby placing in his head this or that thought, goal or belief.

Men, indeed, are able to apply a diamond to their skin, which will subsequently force them to act and achieve results.

For girls, this is, most often, a cute accessory that neatly emphasizes girlish beauty and elegance. Before we figure out what a diamond tattoo means, let's draw an analogy with a natural diamond (many people also call it a diamond or diamond).

It just so happened for a long time that diamonds belong to the upper class. A poor, unsuccessful person cannot purchase such expensive natural stones.

As early as the 4th century BC in Ancient India, diamonds adorned the outfits of wealthy nobles, as evidenced by the ancient texts that have come down to us.

Therefore, today many people choose diamond tattoos as a talisman. It is believed that now a luxurious life, wealth will come to the owner of such a picture, it will be much easier and easier for him to solve complex problems and choose the right path for his development.

Well, if all else fails, you can try. Did it help? Unsubscribe in the comments!

Photo of a diamond tattoo on the head

More on the topic:  Spartan tattoo

Photo of a diamond tattoo on the body 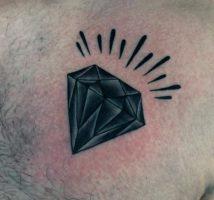 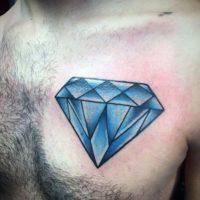 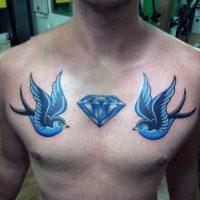 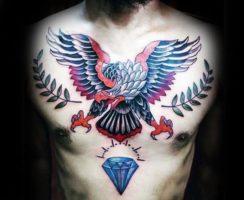 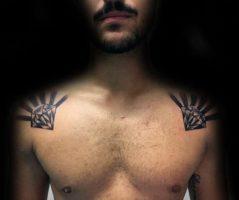 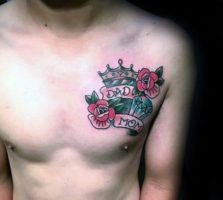 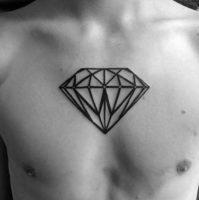 Photo of a diamond tattoo on his hands 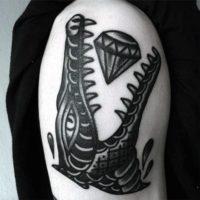 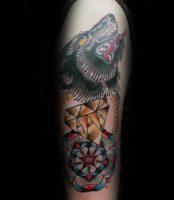 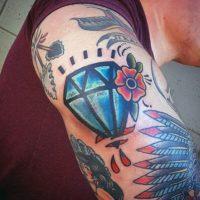 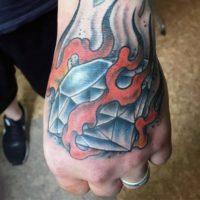 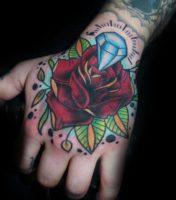 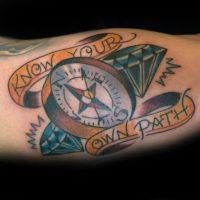 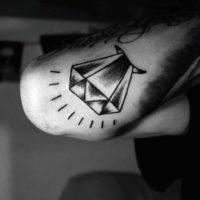 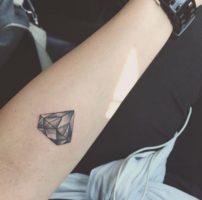 Photo of a diamond tattoo on his feet 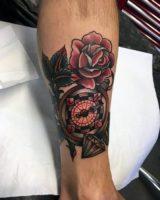 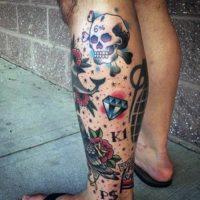 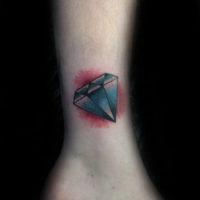 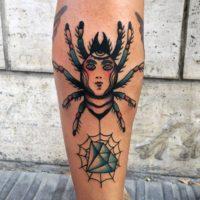 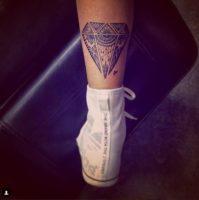 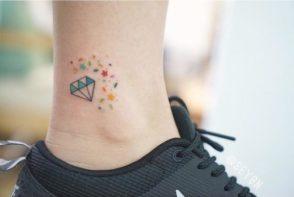 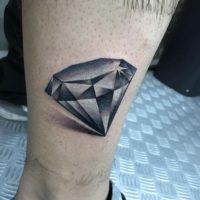 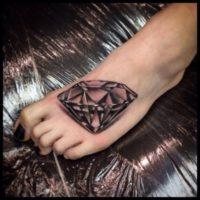