The plague doctor is a fairly well-known figure in history. His responsibility was to heal the plague. The doctors were dressed in a special suit with a mask. The mask had a menacing look, since instead of a nose there was something vaguely resembling a bird's beak. Mysticism was traced not only in the specifics of the doctor's work, but also in the presence of death, since the mortality rate during the epidemic was very high.

The meaning of the plague doctor tattoo

The plague doctor had a huge impact on the development of European culture. The image of the doctor was used in Italian comedy. venecian mask also owes its appearance to the doctor's mask. A headdress with a beak gave the doctor the appearance of a deity and was called upon to play the role of a talisman against the spread of the disease. The beak really played a protective rolebecause it was filled with herbs that made breathing much easier in the contaminated area. The mask had special glass inserts that protected the eyes.

The doctor has always been considered a harbinger of death. This is due to the fact that the plague was not treated at that time, and the appearance of a doctor in a special frightening suit testified to the disease, the outcome of which always ended the same.

The tattoo has spread in Europe and America. For eastern countries, the use of this image is not typical. Tattoo is suitable for people who have a thirst for shocking and a desire to be different. It looks great on the shoulder, chest or back. Some interesting sketches of the plague doctor tattoo are presented in our gallery. The tattoo can be done both in color and in black and white style.

Photo of the plague doctor tattoo on the arm 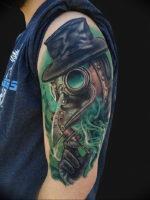 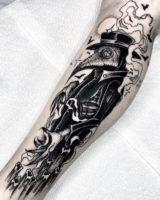 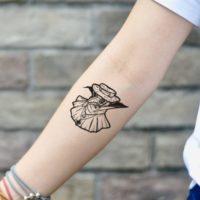 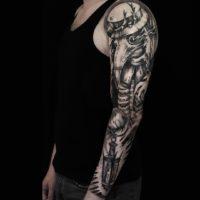 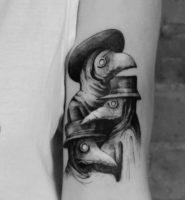 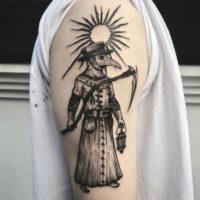 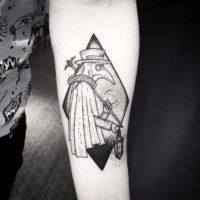 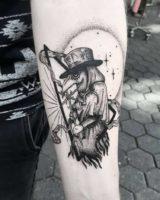