The series "Supernatural" is very popular with the younger generation and every day more and more "geeks" want a Winchester tattoo for themselves. According to the plot of the film, the tattoo meant protection from evil spirits and evil spirits.

In reality, such a rite is found among many peoples. At the moment when a young man is initiated into a man, a tattoo is "stuffed" on his body to protect him from evil spirits, similar to the series. The magic symbol was depicted on the chest.

What does "supernatural" tattoo mean for a man?

The meaning of this tattoo can be interpreted quite broadly, but here are the main meanings:

Also, a tattoo is often applied to military personnel, rescuers, miners - representatives of professions with a high danger to life. It serves as a protective amulet.

What does "supernatural" tattoo mean for a woman?

Women like tattoos no less often than men. If you saw this symbol on a woman, it means:

Basically, the meaning of this tattoo overlaps, both in men and women, which does not allow it to be called purely female or male and is perfect for both sexes.

The "supernatural" tattoo is universal, it contains Celtic, religious and occult symbols. It cannot be attributed to a specific culture. Its main advantage is a fairly bright trace of youth self-expression. "Beat" is in black and white, different shades will not suit this type of tattoo.

On which part of the body to "stuff"?

There are no strict rules, but the most preferred place is on the chest, as in the series itself, it was worn by the Winchesters. But no one excludes the possibility of its presence on other parts of the body, such as:

Photo of supernatural tattoo on head

Photo of supernatural tattoo on body 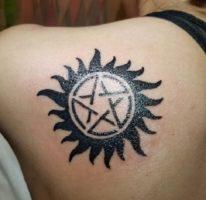 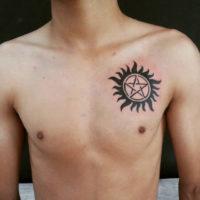 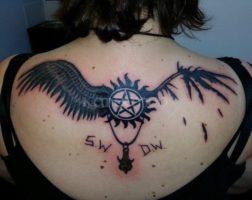 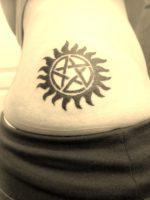 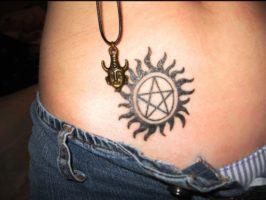 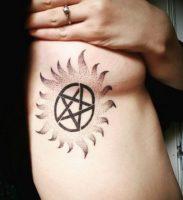 Photo of supernatural tattoo on hands 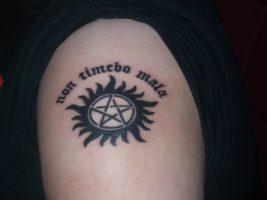 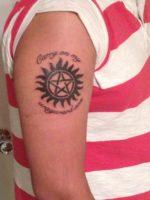 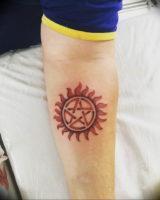 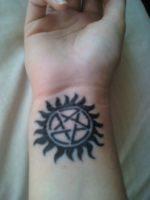 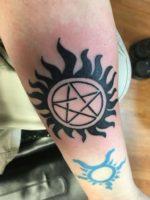 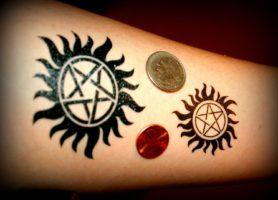 Photo of supernatural tattoo on legs 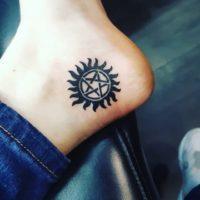 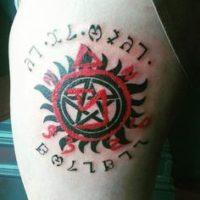 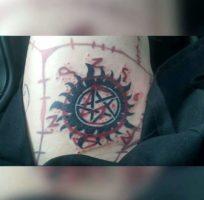 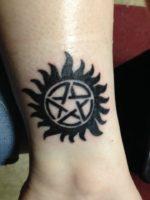 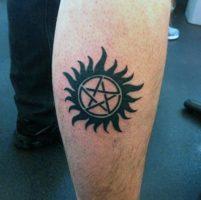 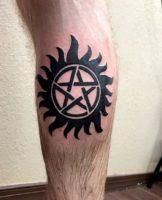 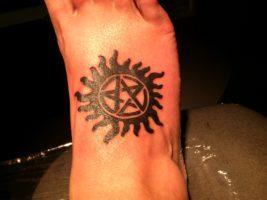 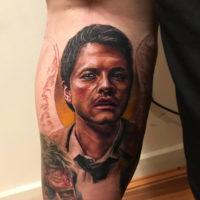