The history of this tattoo is shrouded in various secrets, which has been going on since ancient times, so first you should get acquainted with the historical meaning of the tattoo.

According to most historians, the history of this symbol begins in the twelfth century, when the French king Louis VIII painted the image of a lily on his shield. It is possible that the original idea of ​​the lilies was to personify the Holy Trinity, or the sinless Virgin Mary. Be that as it may, this option says that the fleur-de-lis meant spiritual protection from various anxieties around.

Some people refer to the flower's meaning as symbolizing the beekeepers who once formed their community. According to legends, this is not a lily, but simply an inverted image of a bee, which speaks of constant diligence and eternal fidelity.

So what does the heraldic lily tattoo mean?

The lily symbol has been revered at all times, most cultures characterize the lily as a symbol of purity and sinlessness. Of all the possible color variations, it is white that symbolizes righteousness and chastity.

But the Renaissance era, on the contrary, made the fleur-de-lis from the sign of purity and cleanliness a symbol of traitors, slanderers and other negative characters. The flower got a negative color and began to characterize the scoundrels.

What kind of people are suitable for a tattoo depicting a heraldic lily?

Nowadays, such tattoos are much more preferable among the younger generation, since the heraldic lily symbolizes the youth, cordiality and sentimentality of its owner. Occasionally, a tattoo with a flower pattern can mean anger and dislike towards others, or the tattoo can be applied in honor of the majesty of the French kings. In most cases, tattoos depicting a lily mean precisely sincerity and ingenuousness, rather than harshness and atonement for the sins committed.

More on the topic:  Photos tattoo lettering under the collarbone

Where can I get a heraldic lily tattoo

The location of the heraldic lily in the area of ​​the hand, on the wrist or forearm is considered a classic.

Looks very playful and is able to emphasize the beauty of the female figure, tattoo on the girl's lower back. Or fill the pattern on the belly.

A medium-sized tattoo looks elegant in the area of ​​the shoulder blade. Miniature options are stuffed on the head in the neck area.

Photo of a heraldic lily tattoo on the body 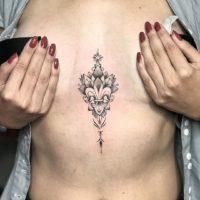 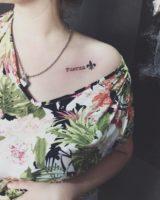 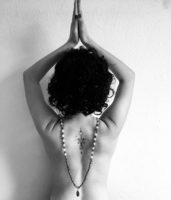 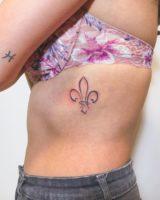 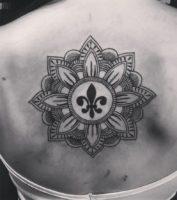 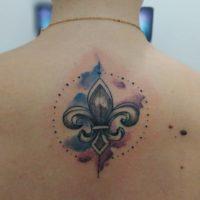 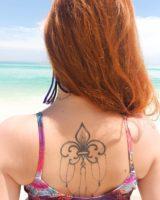 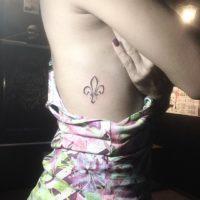 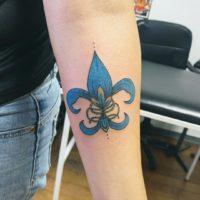 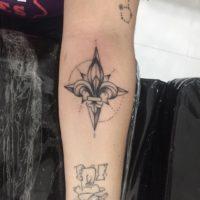 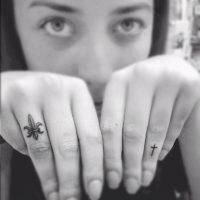 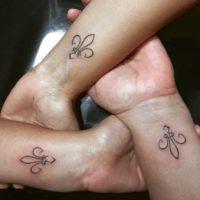 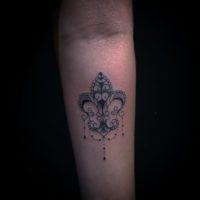 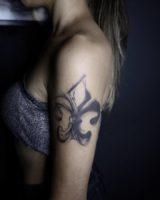 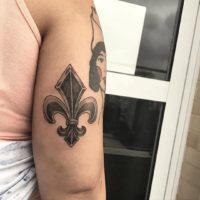 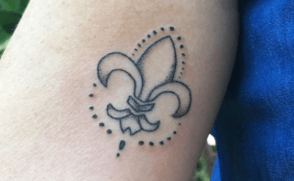 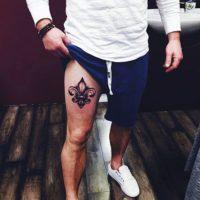 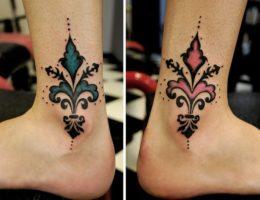 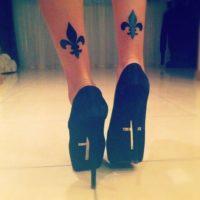 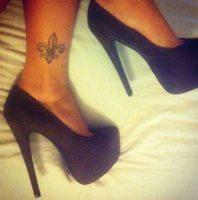 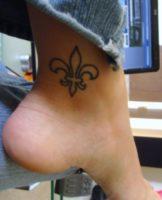 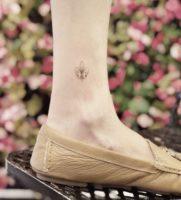 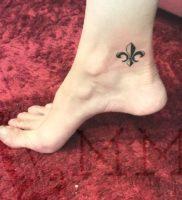 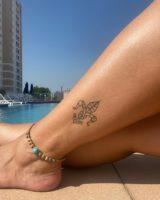