If you are reading this article, you want to know everything about the Kitsune tattoo. What do these tattoos mean? Who makes them? Where is it?

What does Kitsune mean?

Kitsune is a mythical creature, a Japanese fox, shrouded in mystery. She can be depicted with several tails, running, bared teeth. There are a lot of options.

In Japanese symbolism, the image of a fox means wisdom, cunning, dexterity and originates from the epic. Kitsune is a demon fox, a supernatural being, a spirit. Like any creature, it can be portrayed as good or evil.

Often kitsune is depicted in combination with a scroll, key, diamond or stars. Each element in this case brings its own meaning to the picture.

The style of the drawing can be classic Japanese or watercolor.

Who makes these tattoos?

Kitsune fox tattoos are done by both men and women.

Men choose the evil kitsune - Yako. Gothic elements, skulls, crosses or Japanese swords are often added to the drawing. For men, the style of kitsune performance is chosen by the Japanese classical technique, with bright and rich colors.

The girls choose the kind fox Zenko. She is depicted running or in combination with plant elements, stars, the sky. Girls prefer to choose watercolor or Geometry style.

For both men and girls, the image of kitsune means courage, wisdom, cunning. It enhances this effect if the fox is depicted with several tails, because in the Japanese epic each additional tail is one hundred years of life lived, and, consequently, great wisdom.

Where is Kitsune applied?

Kitsune tattoos look good on all parts of the body.

More on the topic:  The meaning of a hummingbird tattoo

The clogged sleeves of the back fabric, complemented by the Japanese ornament, look especially beautiful. This arrangement is usually chosen by men.

Girls choose a smaller tattoo size and often place them on such parts of the body as:

It is believed that the mythical fox Kitsune brings good luck to its owner, regardless of whether it is evil or good. The owner of such a tattoo is accompanied by success in all endeavors. But do not forget that Japanese mythology is based on demons and celestial beings, so before getting such a tattoo and choosing a type of kitsune, carefully study what it means.

Photo of Kicuné tattoo on his head

Photo of Kitsune tattoo on the body 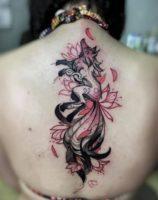 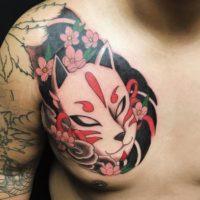 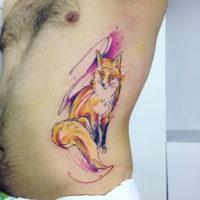 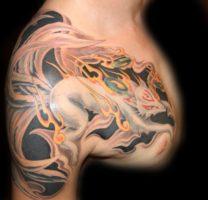 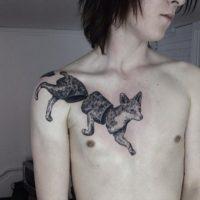 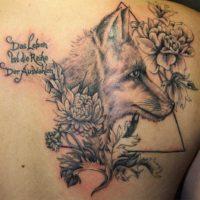 Photo of Kitsune tattoo on hands 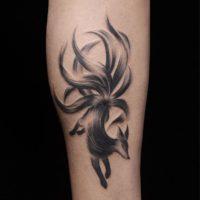 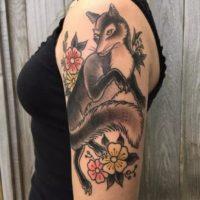 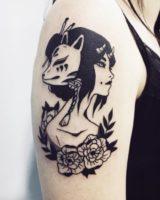 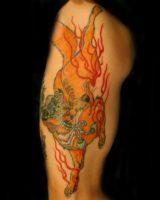 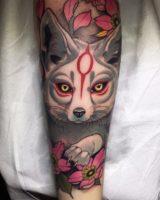 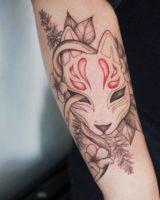 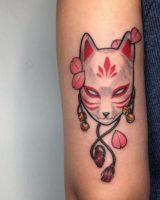 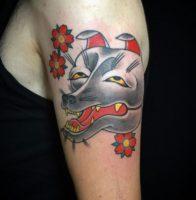 Photo of Kitsune tattoo on legs 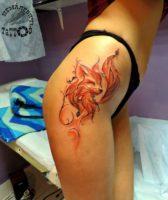 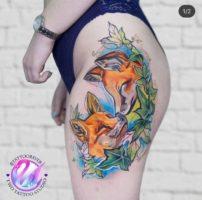 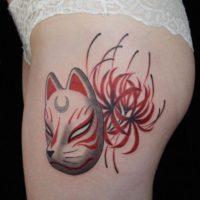 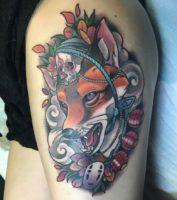 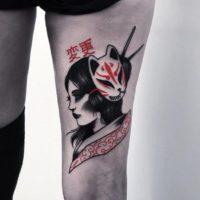 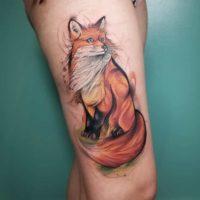