In the art of applying underwear drawings, it is customary to take images of various creatures from ancient mythology. One of the striking examples is the depiction of a chimera, which had a frightening appearance and posed a great danger to human life.
A chimera tattoo is certainly drawn by a master with all its elements, namely:

The meaning of tattoo chimera

The owner of such a tattoo has a strong personality that can stand alone against the entire society. A person is ready to draw attention to himself and is distinguished by non-standard thinking. Personal interest in mysticism, as well as aggression and faith in fate can be considered the main meanings of the chimera tattoo.

The tattoo of this creature has the same meaning, both in the European and in the Eastern culture of body art. The sketch of the picture itself for the master is difficult in execution, because it requires drawing a large number of small details.

Photo of tattoo chimera on body

Photo of tiger chimera on hand 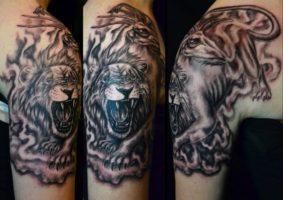 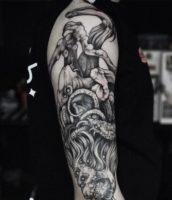 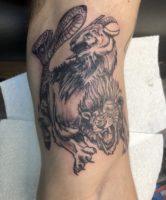 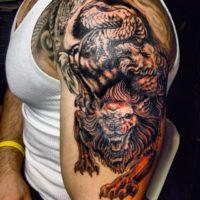 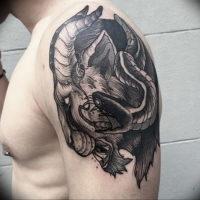 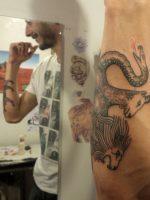 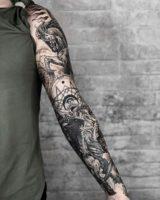 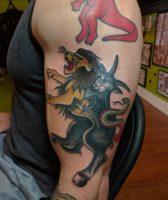