The chain is perhaps one of the most controversial symbols. So, the first associations are "slavery", "bondage", "defeated". These meanings are reflected in Christianity, both in the texts of Holy Scripture and in images. In this context, the image of broken chains has a positive meaning. In Old Europe, for example, in England, ghosts appear necessarily entangled in chains, as a symbol of their sins and misdeeds.

For example, a gold chain has a positive meaning, which in ancient times was a sign of the privilege of noble persons. Also, its meaning is often interpreted as "the union of heaven and earth", which arises through the prayer of the Lord himself. Other positive meanings of chain tattoo: unity, integrity, infinity.

Based on the basic meanings, a chain tattoo can mean the unity of two loving hearts. Broken chain - freedom of thought, independence. Often, a special meaning to this symbol is given by carriers of various subcultures, for example, rock lovers or bikers.

Positioning options on the body

A popular option is the image of a thin chain, often with the addition of various elements, on a woman's ankle or on the wrist. Representatives of the stronger sex will be betrayed to masculinity by a coarse chain, for example, on the bicep.

Photo of a chain tattoo on the body

Photo of a chain tattoo on the arm 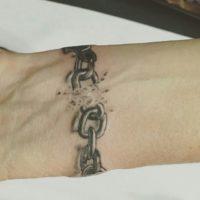 More on the topic:  What does brass knuckles tattoo mean? 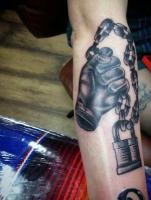 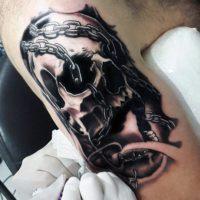 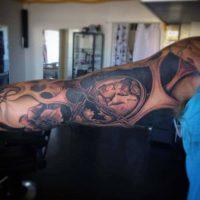 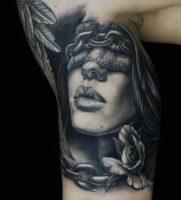 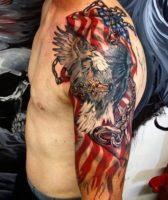 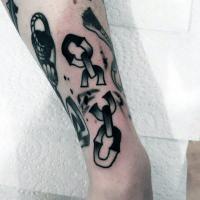 Photo of a chain tattoo on the leg 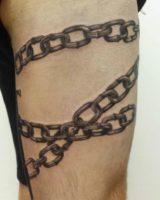 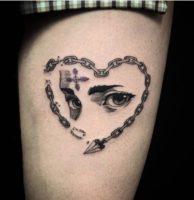 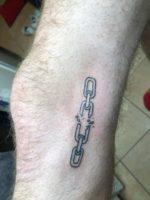 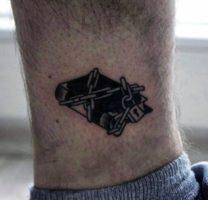 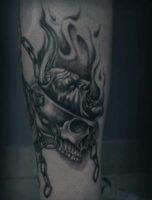 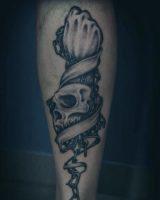 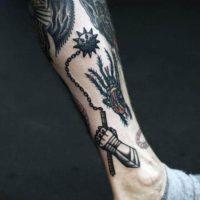 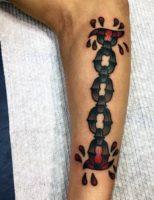