Of the whole variety of tattoo styles, blackwork occupies a special place, which does not have templates and gives the master the opportunity to use his imagination to the fullest.

What is blackwork? This is an image, not always of any objects, consisting of ornaments and geometric shapes of various types. A distinctive feature of this style is painting over large areas of the body, using exclusively black color, categorically without gaps.

The meaning of blackwork tattoo

Such a tattoo can have an aesthetic, philosophical and, in some cases, practical message. Depending on the theme, plot and approach, this type of body painting can be interpreted in completely different ways.

Most often, such tattoos embody a purely aesthetic component without any hidden meaning, in this case the image carries only a visual component to the image of a person.

As for philosophy, the image of a drawing of this style on the body symbolizes a kind of minimalism, associated with simplicity and specificity, therefore, they directly inform others about the values ​​and life position of its owner.

The practical meaning of blackwork style tattoos is, often, in hiding scars, irregularities and features of pigmentation on the customer's skin. The property of black color, as it were, to distance the object painted over with it, also arouses a certain interest in people, because a tattoo applied to the neck, torso, hips will significantly embellish the owner of the picture in the eyes of others.

Sometimes, no matter how strange it may sound, such a drawing on the body allows a person not to even wear clothes, because not everyone will immediately notice the absence, for example, of the same T-shirt from a man who has covered himself with a rich black pattern.

Blackwork tattoos can be printed practically on any part of the body. Namely:

Photo of blackwork tattoo on head

Photo of blackwork tattoo on the body 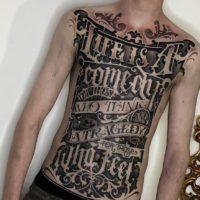 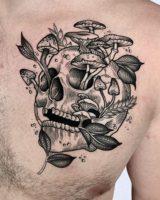 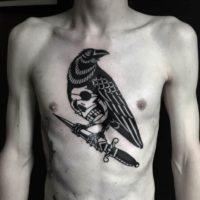 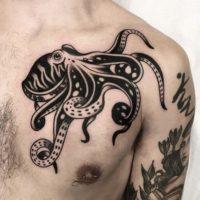 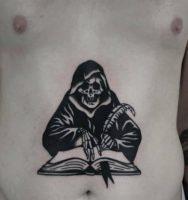 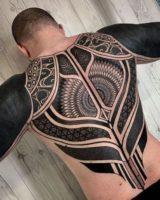 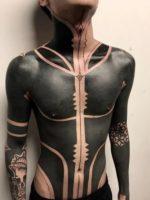 Photo of blackwork tattoo on hands 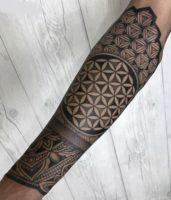 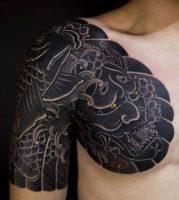 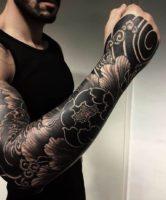 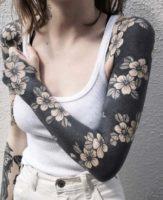 Photo of blackwork tattoo on legs 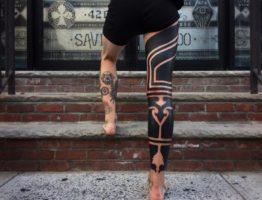 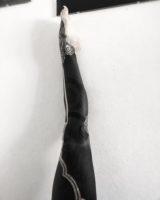 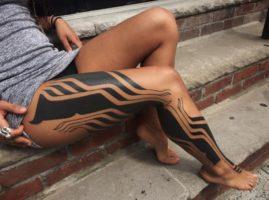 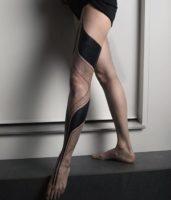 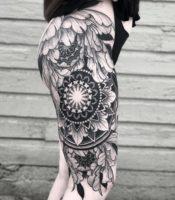 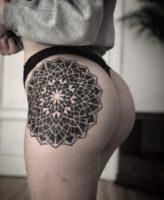 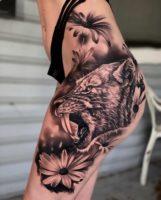