The chest is an excellent canvas for bright and large wearable designs. The relief of the chest allows you to make the picture three-dimensional, which looks realistic and attractive.

On our site you will see numerous photos and sketches of chest tattoos for women and men.

Does it hurt to get tattoos on your chest?

It is a little more painful to fill in drawings on the chest than on the shoulder or forearm... The thinner the skin and the closer it is to the bone, the more unpleasant the sensations. It will be easier for men to endure than women, but in the area of ​​the collarbone and nipples, the pain will be somewhat stronger. Much depends on the skill of the master, on the size and shape of the needles, the volume and density of the pattern. Many people believe that you need to start with small compositions so that the procedure takes no more than 5 hours.

After the tattoo, you need to thoroughly follow the recommendations of the master. Since this part of the body is almost always covered by clothing, wear wide T-shirts. Girls are worth two weeks give up braif the tattoo was applied in the area of ​​the bust. Sleeping on your stomach is categorically not recommended (yes, not convenient), so as not to accidentally catch on the crust and spoil the contours of the picture.

The pectoral muscle in men is elastic and strong, therefore, over time, the underwear picture will not sag and will not lose its clear contours. For girls who regularly go in for sports, there will also be no problems with age. Some women hide ugly scars after surgery or age spots under drawings. However, it is worth remembering that the wounds should heal well. An experienced master will successfully hide ugly places from prying eyes.

The chest is almost always under the clothes, so the colors will not fade under the sun's rays and will remain bright and colorful for many decades.

Since ancient times, protective symbols have been applied to the chest: warriors in the area of ​​the heart filled a shield when they were going to war. In the Soviet period, men made a tattoo of Stalin or Lenin to protect themselves from the bullet of the Chekists. The drawings were common among sailors: sailing ship meant that their ship successfully sailed through the powerful current near Cape Horn, and the swallows gave hope of a safe return to land.

Wearable pictures can be stuffed purely for beauty or you can put a deep meaning in them, since they will be located close to the heart... Symmetrical patterns are considered original and catchy, which are applied on two halves of the breast separately or connected with intricate patterns. An excellent composition will be the wings, denoting courage, strength and breadth of the soul.

The image can be extended to the shoulder, forearm, neck, armpit, abdomen and back at any time.

Tattoo inscriptions under the breast or on the collarbone in both men and women. This can be the date of birth of children, their names, favorite sayings or quotes from celebrities. Often a life motto or belief is stuffed in English, Latin, French, and Russian. The inscriptions should not be offensive and malicious content, as they attract negativity to the owners. Chinese characters often preferred by intellectuals or individuals with a philosophical attitude towards life. Sometimes tragic dates and events are imprinted under the breast.

Men and women love the chest tattoo in the form of a heart with iron wings and chains.

On this part of the body, pictures of variegated shades will look more attractive, and black or dark blue lines often look repulsive and aggressive, especially for the opposite sex. Roses made in black and red look beautiful, restrained and extravagant. The soft pastel color scheme of the paintings looks peaceful and friendly.

Rarely do men put huge body designs on the entire chest, mostly one side is clogged. Predatory animals, fish, mythical creatures, dragons, eagles remain popular. Romantic personalities are attracted by sketches of chest tattoos in the form of a ship with open tender sails or a portrait of their beloved. Rockers and bikers choose skull and fire tattoos in various variations. The military, who have been in the war, inflict a scorpion with a raised sting.

Tattoos on the chest of men in the form of a demon and an angel, as well as weapons, remain relevant. Abstraction, Celtic and Polynesian patterns look beautiful.
Brave and loving personalities fill half-naked women or indecent inscriptions. Misogynists and some prisoners paint eyes on their chests, which denotes a negative attitude towards the female sex.

Often, men make a tattoo of chains and other jewelry. Lizards and toothy snakes that crawl out of the armpit look interesting. Such tattoos for girls on the chest look ugly and repulsive.

Tattoos on the female chest

Girls often choose sketches of chest tattoos in the form of jewelry: necklaces, gems, steampunk rose. The pattern can be extended to the neck and around it, to the shoulders, shoulder blade.

The tattoo between the breasts and under the breasts is popular among girls, it looks elegant and sexy. The drawing can be applied both with black pigments and with colored ones. Basically, it has the shape of a triangle, and its apex is in the solar plexus. The tattoo can be with an intimate meaning, ornament or patterns of Slavic, Celtic, Egyptian and Gothic styles, lace compositions look spectacular.

When choosing sketches of women's tattoos under the chest, pay attention to the features of the bust. A well-chosen image will visually correct and enlarge it. The tattoo of the goddess Isis with wings looks good.

On the breast itself, many girls do not risk making a body drawing, since there are many nerve endings and the procedure is painful. However, the ornaments on the bust and around the nipples look very attractive. In some subcultures, tattoos on the female breast in the form of a patterned bra are becoming popular. Celtic-style patterns, bows, hearts, cobwebs, rosebuds or bright flowers look beautiful around the nipples.

The choice of photos of male and female tattoos on the chest is great, so you should carefully think about the volume of the picture, the colorfulness and semantic load that it can carry.

Photos of chest tattoos for men 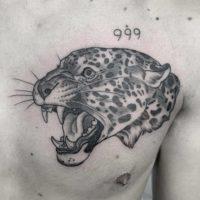 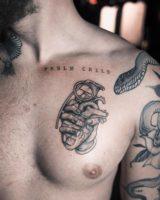 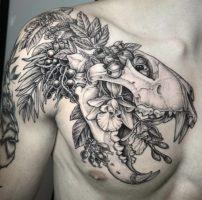 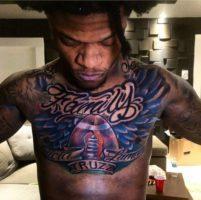 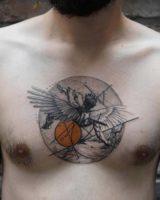 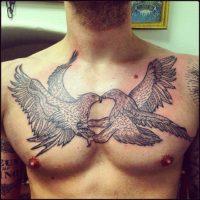 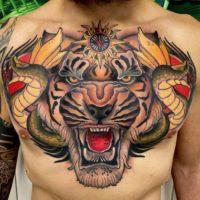 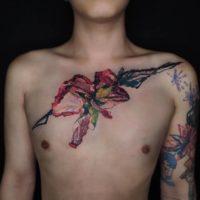 Photos of chest tattoos for women 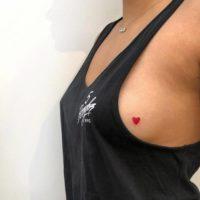 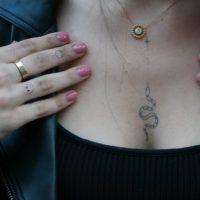 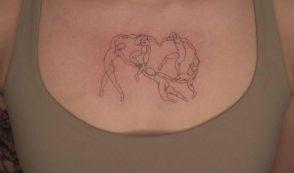 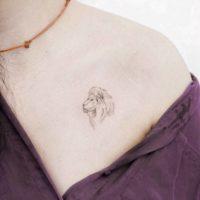 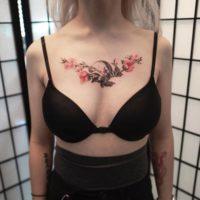 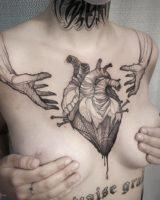 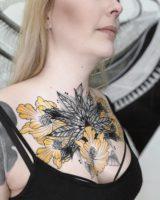 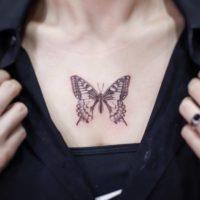